Spot the Reindeer and Cous Cous the Hedgehog

I was surprised today to see that Kristen at Rage Against the Minivan is featuring a "What I Want You to Know" piece I sent her months and months ago.  And wouldn't you know it, the only thing I've written on my own blog lately is about the exact same topic--dealing with the Winemaker's depression.  That felt sort of awkward to me--if anyone clicks over here from there, I sure sound like a one track record.  (Boy, I just dated myself with that simile.)  So in the spirit of proving that there are other things in life, I bring you... 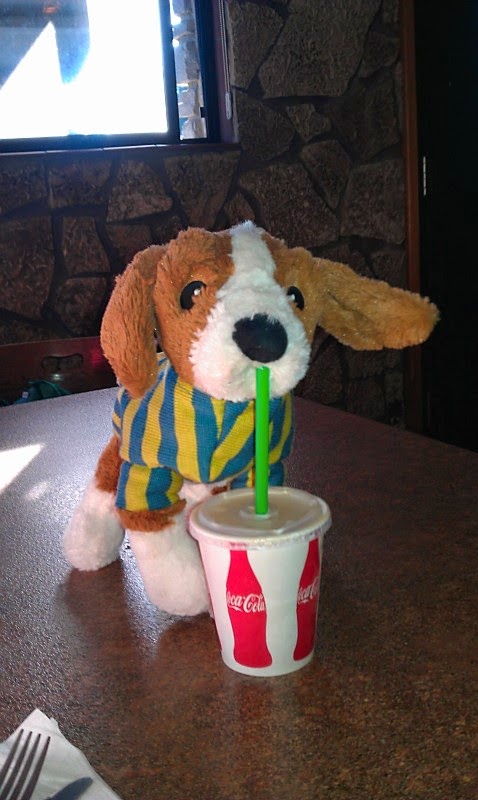 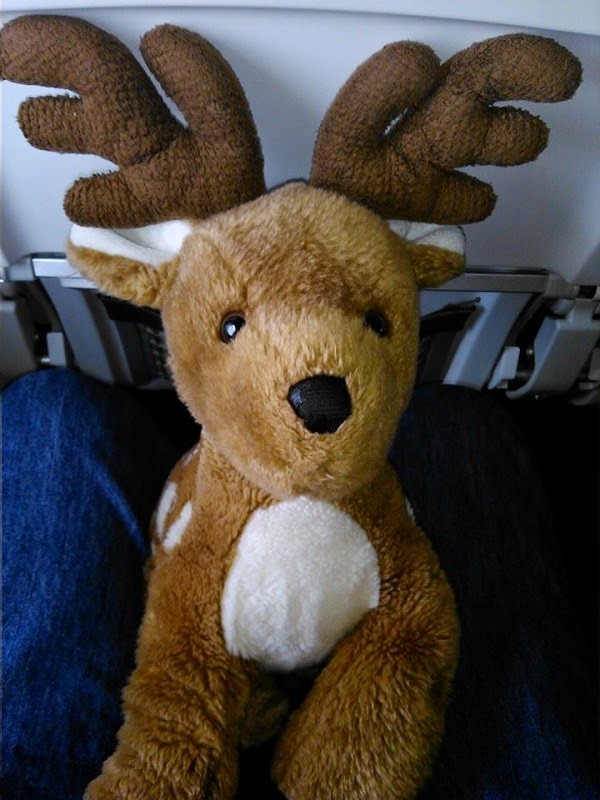 stuffies!  The one on the left is Puppy, and the one on the right is Spot.  These two were among the first dozen or so of the numerous stuffed animals my kids have.  I can't even guess what the grand total is.  60?  Five million?  Somewhere in there.  My kids have big stuffies, small stuffies, gift stuffies, bought-at-Goodwill-with-allowance-please-don't-have-bedbugs stuffies, and the occasional I-saved-my-allowance-for-weeks-so-I-could-get-a-special-toy-but-I-fell-in-love-with-this-stuffed-animal-at-the-store-instead stuffies.  The most recent addition being Cous-Cous Sushi G. the Hedgehog.   Cous-Cous is in the last listed category.  Oak saved up a whopping $20, $1.50 at a time, and was all set to replenish his bullet-less nerf gun.  On the way out of Target, he spotted the roly-poly hedgehog, and the bullets were returned to the shelf.

When the number of stuffies seems closer to five million than to any reasonable amount of stuffed animals for two children, all I have to do is listen to my son talk to one of his animals.  "Hi there, Cous-Cous," he says gently in the back seat of the car.  "My name is Oak.  We're going to be your family now.  What do you like to eat?"  At night when his dad lies down with him, they will each pick up a stuffy and "be" them.  Their favorites have distinct personalities.  Spot tends to turn any conversation toward whether or not there will be fresh grass available.  Tiny and Sparkles, two huge dogs, like to sneak downstairs at night to raid the fridge, although Sparkles is a vegetarian.  Fluffy Buffalo likes to play hide-and-seek with Seal.

Interestingly, where Oak is more consistently tender with his animals than with any people, Linden tends to be harsher on hers.  Our sweet and compliant child will threaten, punish, and spank her animals for imaginary infractions.  I guess they are both working different things out with their safest friends.  She can also play kindly with them, of course.  She creates elaborate stories with all her horses, plastic and soft.  She doesn't anthropomorphize them quite as much as her brother, but both panic when I suggest passing a few one, especially if they are going to acquire more.  At some point I will have to put my foot down and insist on a one-in-one-out rule, but I don't have the heart to yet.  For kids who were starved of affection for so many years, having so very many creatures to love is something of a miracle.

Besides, Spot is part of the family now.  I've been known to pick fresh green grass when I'm out to bring home for him as a special treat.  What can I say?  When he tilts his head just so, I am putty in his hooves.